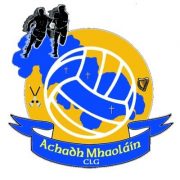 Thank you from Sponsored Race Coordinator – The Dublin Leitrim Sponsored Cycle on May 12th was a wonderful success and our adventure was blessed with perfect weather for cycling – a great achievement by all 24 participating cyclists. An important part of the whole event was the fundraising undertaken by the twenty designated cyclists. In this, we received very generous financial support and sponsorship from many individuals and companies for which we are exceedingly grateful. A list of the main sponsors is being compiled and will be published in due course. For now, we want to thank a lot of people who provided vital support and assistance over the course of the day from when we assembled in Castleknock GAA Grounds until we arrived in Aughawillan.

Firstly to our host Castleknock GAA club who kindly gave us access to their changing and bathroom facilities and provided hot teas and coffees. We would like to mention Mick Lynch & his wife Marion Paddy Hewson, Barry Egan, Niall O’Connell & Michael Feehily among others and particular mention and thanks to Seamus McKiernan & Thomas Quinn formerly of Aughawillan and members of Castleknock GAA Club for their assistance in every way. A big thanks to all the Aughawillan supporters, Ciaran Kilkenny Castleknock & Dublin Footballer, Declan Darcy formerly Aughawillan & Leitrim footballer  & Dublin selector who all came out early on Saturday morning to see us off.

Thanks also to Mairead O’Flaherty Quinn for registering the cyclists and taking photos.

There is no doubt that the key to our success and safety was down to the tremendous assistance and advice we received from the Garda traffic corps in Castleknock. Sincere thanks to Garda Inspector Joe Bergin and Garda Sergeant Joe Delaney for organising and providing a Garda car and motorcycle escort from Castleknock to Fairyhouse. Particular thanks to the motorcycle outriders Paul McGovern & Paul Doonan. Also a special thanks to Garda Padraig Gorman for his help and assistance through Virginia.

There were a number of designated stops on the way. Thanks to the advance party – Charlie, AnnaMae & Niamh Kelly who had the drinks, fruit and snacks ready and waiting at each stop. Sincere thanks also to the proprietors of the premises where we stopped -Paul McCarty of  “Tara Na Ri” Pub which located just outside of Navan, Meabh Brady Lakeside Manor Virginia, & Marie Brady “The Shantully Inn” Crossdoney. A very special thanks to the following who sponsored the refreshments: Ollie Sutherland “Valeo Food Group” who provided the snack and energy bars, Micheal McGovern of “Supervalu Ballinamore” who provided the water and Willie McWeeney of “Fresh Today Ballinamore” who provided the Fruit. Thanks too to Jerome Quinn who sponsored the food in Virginia.

An important aspect of the whole journey was the support team: Ciaran McTague of QMT who provided the rear warning vehicle which followed behind the cyclists ably assisted by Christy Creamer the travelling bicycle mechanic. Marie Quinn who provided medical back up and Gene Maguire of Watercare Associates who provided the advance warning vehicle which drove ahead of the cyclists. In relation to bike servicing, spares and providing training a very special thanks to Tadgh Moran of “Morans Bike Shop Drumshanbo” who went out of his way to help and provide valuable advice to Christy and our cyclists. Thanks too to Noel Gilheany for managing the cyclists on the road.

Our arrival in Aughawillan was overwhelming and the welcome the cyclists received was unbelievable.  Thanks all those involved in organising the welcoming home party, particularly Paul Bohan Snr. for ensuring everything looked spick and spam, Donal Quinn and the social committee, the club officers who organised the meal and Gallogly Caterers for providing the food. Special thanks, to all the supporters and friends who came out to greet the cyclists on their arrival home. Indeed a number of those who were in Castleknock at start including Seamus McKiernan and Frank Darcy were also there at the finish!

The evening concluded with a great get together organised by the club in Jackie’s Ballinamore where cyclists and supporters recalled and savoured the day’s events.

An event of this magnitude could not happen without the help and cooperation of a great number of people some of whom may not even be mentioned in this summary. It would not have happened without the acceptance and willingness of all the cyclists involved to take on the task in the first instance. I want to thank all our cyclists individually and collectively for doing so. Thanks to those cyclists from outside the club who came along in support: Mick Quinn-Sean O‘Heslins Ballinamore, Padraig Holohan- Drumreilly GAA, Pat Martin Corlough GAA. Thanks also to all our former club players living away from home who participated. To Eilis Quinn Culligan the only girl – who stepped in to cycle on behalf of her injured father Seamus and who to everyone’s astonishment also completed the cycle. Finally special thanks to Kenneth Darcy, who completed the cycle on behalf of his brother Declan, who was unavailable to cycle on the day and our own Paul Gaffney who completed as part of the support team.

Swan Bar Division 3 – Hard luck to the Junior team who were defeated by Annaduff, score: Aughawillan 1-5 Annaduff 3-19. Their next game is against Glencar/Manorhamilton on Sunday 27th May at 12pm in Manorhamilton.
Connacht Championship – Best of luck to Noel and Mark Plunkett and the Leitrim team who face Roscommon on Saturday 26th May in Pairc Sean. Throw in at 5.30.

Westlink Coaches Under 15 – Well done to St Brigid’s u15 team who recently defeated Kiltubrid and Melvin  Gaels this week, Score: St Brigid’s 3-16 Kiltubrid 4-9. St Brigid’s 9-12 Melvin Gaels 1-4. They are now in the League Semi-Final this Thursday, 24th May. They play Annaduff at 7.30pm in Aughnasheelin. All support appreciated!

Dublin-Leitrim Cycle – There is still an opportunity to contribute to the Dublin-Leitrim cycle that took place on May 12th. The clothes collection being run by Pat Joe McNiffe is continuing until the end of the month. All clothes, shoes, wellies, boots & curtains can be accepted, but duvets or pillows, and can be dropped up to the McNiffe house at any time. There will also be a collection outside Tesco & Supervalu this Friday & Saturday, May 25th & 26th. We ask, if possible, to support the final fundraising events for the cycle which was a great success.
Polling Station – Aughawillan GAA Clubrooms will host the polling station for the area this Friday 25th May. This will mean the Main Clubroom will be out of bounds to Club Members during the voting day.