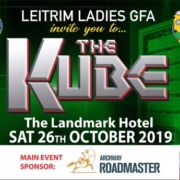 Leitrim LGFA has been busily preparing for the KUBE over the past couple of months and the countdown has started in earnest for the event which takes place in the Landmark Hotel, Carrick-on-Shannon, on Saturday night October 26th. A total of 36 contestants representative of all clubs and other members of the GAA family will descend on the venue in the hope of becoming the Leitrim KUBE Champion 2020!!

Doors open at 7.15pm and the action gets underway at 8pm. 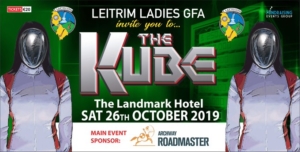 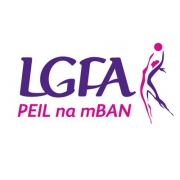 Avantcard Páirc Seán Mac Diarmada is the place to be on Bank Holiday Monday, June 3rd, as the LGFA Leitrim Under 14 Finals take place at the venue. A feast of football is promised as four finals are played to conclude this season’s Under 14 Competitions commencing at 2.30pm. The full line up is as follows: 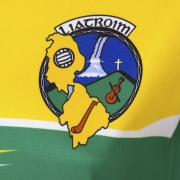 With the conclusion of the Club Leagues over the past two weekends and victories for Glencar/Manorhmilton and Bornacoola/St. Mary’s over Dromahair in the League Finals Divisions 1 and 3 respectively, attention turns to the Club Championship which commences next weekend. The action takes place across Senior, Intermediate and Junior levels. Best of luck to all teams in the pursuit of honours.

The second and final weekend of the National Community Games finals were held in Athlone AIT last weekend where over 7000 athletes from all over Ireland competed in a myriad of sports and in doing so followed in the footsteps of many famous sports stars such as Sonia O’Sullivan, Tommy Bowe and Ronan O’Gara who competed in Community Games in the past.

There were high hopes for the Manorhamilton Area U14 girls GAA football team as this team were previous gold medal winners at the national finals two years ago at U12 level and had graduated from the Connacht finals with relative ease beating St. Brigid’s, Kiltoom 3-8 to 0-2 in the semi final and Breaffy, Mayo 10-5 to 2-4 in July’s Connacht final.

The All Ireland semi-final against the Ulster champions Sheelin of Cavan was no place for the faint hearted as this was a bruising affair where a battle had to be fought before any football could be played. Muireann Devaney led the team and was in excellent form notching up six first quarter points in addition to a goal and a point from Leah Fox to Sheelins two points. Sheelin however started the second quarter very strong and scored a goal and four points to just three points to the North Leitrim girls. The game was in the mix but the resilience shown by the four backs Hannah Gallagher, Hannah Johnston, Emma McMorrow, Clodagh McGee and sweeper Sarah McGloin provided the platform which limited the CavanÓgirls to only four further scores in the remaining two quarters. In contrast from the accuracy of goalkeepers Aine McCann’s and Kelly Gallagher’s kick-outs, the Leitrim girls were keeping possession better and scores duly came from Rachel Conlon, Muireann Devaney, Leah Fox and an excellent interplay between the latter two resulted in a goal at the end of the third quarter that had the Leitrim girls ahead by eight points. The Cavan teams cause was not helped with a sin binning of a Sheelin player for dangerous play preventing a certainÓgoal. The Leitrim girls held out in the final quarter as the CavanÓgirls went for long balls in search of further goals that did not come leaving the final scoreline of Leitrim 2-17 Cavan 2-8.

The final against Dublin and Leinster champions Knocklyon of Dublin was a purists free flowing and quick game where both sides were intent on playing football and moving the ball fast. Knocklyon encompassed some of the St. Enda’s, Ballyboden club and had the Leitrim girls on the back foot from the beginning Scóring a lightening quick goal and point in the first two scores. The Leitrim girls regrouped and composed themselves with their opening score coming from the boot of Muireann Devaney followed by an excellent Amy Fowley point.  The Leitrim team were now starting to settle and Muireann Devaney and Emily Conlon steadied the ship with two excellent team goals followed by a well taken Rachel Conlon point.  This left the Manorhamilton Area girls with a 2-3 to 1-2 first quarter lead. In the second quarter forwards Sarah Brady and Shona Sheridan began to stretch the DublinÓgirls backline and with Mairead Clancy always an outlet in midfield both sides began to search for opportunities for critical scores but these were few and far between with two points for Leitrim’s Muireann Devaney to one point for Knocklyon the only scores in the second quarter. scores were hard come by for both teams again in the third quarter with Leah Fox netting for the Leitrim girls and the Dublin champions adding a point to their tally.

The deciding moments came in the last quarter with two quick fire goals from Captain Leah Fox leaving the DublinÓgirls trailing 5-5 to 1-4. The back line was holding firm and further points from Emily Conlon, Muireann Devaney, Leah Fox and an outstanding goal from Roisin Kelly left the final scoreline of 6-8 to Manorhamilton Area and 1-6 to Knocklyon.

Well done to the Manorhamilton Area U12 girls team on their great team performances at the National finals in Athlone at the weekend. They got off to a bad start on Saturday morning v Monaghan but played some fantastic football in the last 20 minutes and showed real heart and determination through out the match but just fell short.  A very early start for these young girls on Sunday v Tipperary and the result didnt go their way either with Tipperary running out winners. Although the results didnt go their way over the weekend these girls played great football and gave their all on the pitch.  It was a great experience for such a young team and they and their parents should be very proud of them achieving fourth place at the All Ireland festival.  Great future ahead of them. Well done to all.

Monster Bingo
Leitrim Ladies will be holding a Monster Bingo drive this Friday-Good Friday in the Landmark Hotel at 8pm. Books will be available on the door- double €15, single €10, half €5 and quickie (single sheet) €2. Promised to me a night not to be missed with the following Bingo prizes: All lines €20 prize , 2 lines €30 prize, House €50 & Minster house €1000.
There will be novelty prizes up for grabs on the night including a night away to the Clarion Hotel Sligo, dinner in McNeans Restauratn Blacklion and many more.

Senior Championship Final: Congratulations to Kiltubrid and Aughawillan who have made it to the Coxs Steakhouse Senior Final. The final will be played in Ballinamore at 2pm this Sunday Sept 13th. The very best of luck to both teams. Please support.

TG4 Intermediate All Ireland Semi Final Leitrim v Waterford
It has been a great year for Leitrim Ladies winning the Connacht Intermediate final for a second year in a row and reaching the All Ireland semi final but unfortunately our journey for 2015 ended last Saturday in Limerick. After defeating Clare in the All Ireland quarter final the ladies battled it out against Waterford for that all important final spot in Croke Park. The team started off strong with Leitrim leading the first half until the last dying minutes of the first half. Leaving only a point between the teams at half time. Leitrim 1-02 Waterford 1-03. Waterford took control after half time and proved to be the stronger team on the day. Leitrim showed great determination and battled it out till the very end.  Final score Leitrim 2-06 Waterford 2-17.
U8/U10 Blitz: Fenagh are hosting an U8/U10 blitz this Saturday. Any club interested in taking part please contact Marion McKeon on 087 7767220 by Thursday.

U12 9aside Final: The U12 9aside final will take place this Friday Sept 4th at 7pm in Aughnasheelin. Annaduff V Aughawillan.

Leitrim Ladies Under 16 team have qualified for the All Ireland C Final which is a magnificent achievement for the girls and team management.Next Wednesday they face Wexford in Clane , Co. Kildare with a 7pm throw in. The girls defeated Sligo in the Connacht C qualifier, and then overcame a very strong Armagh side by one point last Wednesday, which earned them a place in the final next week. Best of luck girls and heres hoping for an All Ireland title to report on next week.

Intermediate Team: Hard luck to the Intermediate ladies who were defeated by Sligo in the first round of the championship last Sunday in Dromod. The Ladies put in a great effort but unfortunately it wasnt their day. Final score Leitrim 1-12 Sligo 4-8.
U13 Development Squad: Will take place this Saturday 23rd May in Ballinaglera from 10am- 12pm. All girls born in 2002 are welcome to attend.
U12 Development Squad: Commences this Saturday 23rd May in Ballinamore from 10:00am- 11.30am.
Division One League Final: This evening, Friday 22nd May, Aughawillan and Kiltubrid will contest the Division One League final in Pairc Sean Mac Diarmada. Throw in is at 8pm.Leitrim LGFA wishes both teams the very best of luck.
Division Two League Final: Tomorrow Saturday the 23rd of May Glencar/Manorhamilton will play Dromahair in the Division Two League Final. Throw in 8pm in Leitrim Village GAA Community Grounds. Leitrim LGFA wishes both teams the very best of luck.
U8/U10 Blitz: Due to unavailability of pitches in both Cloone and Aughavas this weekends scheduled blitz has been postponed until Saturday the 30th May.

U14 Feile Blitz:
A blitz for Leitrim Ladies Feile representatives was held in Pairc Sean and St Marys on Sunday evening. There were 5 teams entered, Manorhamilton, Dromahair, Mohill, Sean O Heslins and St. Brigids.  After some wonderful football displayed by all the teams Manorhamilton came out as worthy winners. We wish Manorhamilton the best of luck in Feile this year.
Leitrim Ladies would like to take this opportunity to thank St. Marys GAA and Leitrim GAA for the use of the pitches and facilities.
We would also like to thank Shauna and Amy McLoughlin for reffing all games.
Connacht Championship: The Intermediate Ladies will commence their championship campaign this Sunday against Sligo. Throw in is at 11:30am in Bornacoola. Be the difference and support the ladies in their championship campaign.
Division One League: Aughawillan and Kiltubrid will battle it out in this years Division One League Final on Sunday May 22nd. Time and Venue to be confirmed.
Division Two League: Dromahair will take on St Francis this Sunday at 1:30pm in Drumshanbo in the Division 2 play off. Best of luck to both teams.