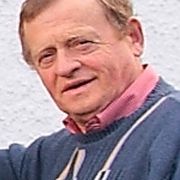 The death occurred earlier today of Assistant Treasurer of Leitrim GAA Jim Meehan, Station Road, Dromahair, after an illness bravely borne. The Dromahair native was one of the hardest workers behind the scenes of Leitrim GAA over a number of decades and his passing will be deeply felt by all that knew him and they were many across the county, province and indeed in national circles. He was an ever-present at Leitrim matches, no matter where they took place and indeed his love of the GAA involved a constant involvement in the activities of his beloved Dromahair. A former player with Dromahair, Jim would have played through the 1970s and 1980s and was an accomplished goalkeeper with 1976 Junior Championship winning team. As his playing days came to a close he contributed to the officialdom of matches and served a term as a referee. He was also at hand to assist his club in coaching, as a selector and in managerial roles across many grades and age groups from underage to senior in the decades that followed and the fortunes of St Patrick’s Dromahair were always closest to his heart. He served his club in many official roles in the years that followed and is a former Club Treasurer, Secretary, and Chairman. His contribution to his club in fundraising ventures over all his years has been phenomenal and he was the most influential driving force in the efforts to raise funds to improve the playing facilities at Dromahair GAA.

As a fundraiser extraordinaire for both club and county, it would be impossible to quantify the amount of money that Jim has raised for both organisations. It was no surprise, given his ability to fundraise that Jim was elected as Treasurer of Leitrim GAA for 2002. Over the following 6 years, Jim worked tirelessly on behalf of Leitrim GAA, an era which coincided with the development of the new stand at Páirc Seán Mac Diarmada and the purchase of the grounds that have since been developed into the Centre of Excellence. Jim’s financial prudence contributed greatly towards the realisation of these projects which will serve Leitrim GAA over many generations.
Jim also combined his Leitrim GAA Treasury role with that of Connacht GAA and held both roles simultaneously over the period 2004-2006 which was a huge undertaking but one didn’t faze him. Following his role as Treasurer with Leitrim GAA, Jim took on the role of Leitrim’s Central Council delegate, a position he held from 2008-12. He returned to Connacht Council GAA as Leitrim’s delegate following the conclusion of his five year Central Council term and represented Leitrim at provincial from 2013-17. Last December he became Assistant Treasurer of Leitrim GAA at its Annual Convention. Over many years Jim also took charge of the kitting out of county panels and was essentially the county’s go-to man when county players’ gear was required.

Away from the officialdom and the formality that such roles can require, Jim was a lifetime presence around the longest fundraising venture that Leitrim GAA has organised. The annual Supporters Club Draw, which has been on the go since 1986 has had Jim Meehan as one of its staunchest allies. It would be hard for people to appreciate the amount of time, effort and repetitive selling that Jim Meehan has put into this fundraiser over the best part of its existence. One image is quite clear, if you saw Jim reaching into the inside pocket of his jacket anytime from the end of January towards the middle of March you could be sure that you were going to be relieved of the fee for the annual Supporters Club membership! The Supporters Club Tickets were his constant companion over that period of any given year! It is a fact that possibly a majority of people feel less than comfortable selling tickets, Jim thrived on it and his hardy customers, and you can be assured they were many, gave willingly such was Jim’ s approach to the job. At the most recent Leitrim GAA Supporters Club Draw in March 2018, we were all delighted to see Jim present, despite his illness, to oversee the final installment of this year’s event. He was a constant member of the steering committee, holding various officer roles over many years in this fundraising drive. Suffice it to say, future Leitrim GAA Supporters Club fundraising will be at challenged to replace Jim’s constant cajoling, drive and ultimately his selling power.
Away from the GAA, Jim was essentially a family man who found the time, despite his many GAA commitments to operate a busy farm. He will be sorely missed by his wife Chrissie, who was his constant companion at all GAA events, sons Fergus, Kevin and Kieran. He will also be sadly missed by his sisters Kathleen, Della, Gay, Ena, Noeleen and Geroadine, daughters-in-law Patricia, Nicola and Sarah, grandchildren Amy, Thomas, Amelia, Aishling and Michael, relatives and friends. We at Leitrim GAA convey our deepest sympathies to his family and many friends, far and wide.

Funeral Arrangements
Reposing at his home on Thursday from 1pm to 3pm and from 5pm to 9.30pm, also on Friday from 10am to 12 noon. House private thereafter. Removal on Friday to St Mary’s Church, Killenummery, for funeral Mass at 4pm. Burial afterwards in Carrowcrin Cemetery. Family flowers only, donations in lieu, if desired, to North West Hospice. 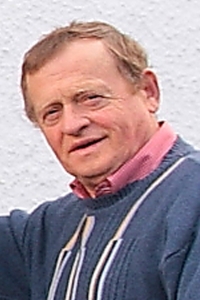