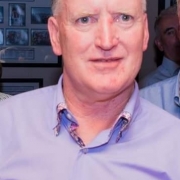 Leitrim GAA wishes to express its deepest sympathies to the family of the late Brian Mulvey, Kiltoghert, Ck-on-Shannon, and formerly of St Mary’s Kiltoghert GAA Club. Brian passed away yesterday after a long illness bravely borne.

Brian Mulvey spent the entirety of his adult life in voluntary service to his beloved St Mary’s Kiltoghert GAA club. As a player, he was the essence of what a club player should be, selfless, dedicated and above all loyal to the club cause. At underage level he won Under 14 and Under 16 County Championship medals. As a senior player over many years he was a St Mary’s stalwart. He played in three SFC Finals, 1977 as goalkeeper, 1983 as wingback and finally as goalkeeper in 1993 but ended up on the losing side on each occasion. When his playing career finished at the club’s highest level, he continued to lineout at the lower levels for many years, such was his love for the game. He played with and won an IFC medal in St. Mary’s glory year of 1995, the year the club captured a glorious treble of SFC, IFC and MFC titles. He went on to add JFC A, B and C medals as his playing career continued to a conclusion.  Beyond his playing days, he moved seamlessly into the mentor’s role and was present on the sideline for many of club’s teams across all levels from underage right through to senior level, managing the St Mary’s Senior team in 2000. He would have been an almost ever present mentor to various successful club teams at Intermediate and Junior level over the years.

Brian was a ‘go-to man’ for St Mary’s Kiltoghert GAA Club and if there was a job to do he would always be willing to help out or take charge of a task at hand.  His presence at all St Mary’s Kiltoghert GAA events was a certainty, whether leading from the front or helping selflessly in the background. His dedication to the club’s cause was mirrored by his volunteerism at Avantcard Páirc Seán Mac Diarmada. On any match day, big or small, Brian was always there. His role as chief steward on big match occasions could not be understated and he worked away in the background ensuring that all occasions were handled with extreme efficiency. His illness didn’t faze him in the slightest over recent times and Brian just got on with the job in hand. His presence was a certainty and that included the recent Connacht Club Championship matches played at Leitrim HQ last month.

Brian Mulvey will be sorely missed by all who knew him across GAA circles at all levels and indeed the many with whom he came in contact with during his long years of service with the ESB.  It will be his family who will miss him the most and in this regard, we send our deepest sympathies to his daughter Bronagh, her husband Warren, Brian’s partner Geraldine, his brothers Michael and Joe, sisters Kay, Bridie, Peggy and Rosemary, his extended family and a very wide circle of colleagues and friends. Brian is predeceased by his late wife Breege, his son Barry and brother Cyril. 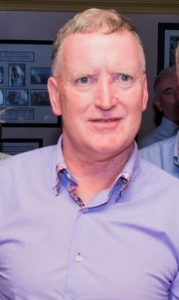