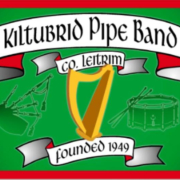 Kiltubrid Pipe Band has reached a milestone in its existence by reaching its 7oth birthday this year and this weekend the official celebration of having reached this mark will take place in the Lough Allen Hotel, Drumshanbo, on Saturday night, September 21st, at 8pm. Family and friends of the band members, past and present, are invited to attend the function which Raheen Pipeband and Longford Pipeband will attend. Music will be by Camillus Kehoe and WEE 3 and there will also be food and refreshments.

Formed in 1949, Kiltubrid Pipe Band has been associated with many significant events across the region over the past seven decades, but particularly in the case of Leitrim GAA, the band has been the one permanent fixture associated with County Finals Day. It was significant and a telling factor of the respect in which the band is held in its association with County Final fare that a player in very recent times when asked for his greatest sporting memory for match programme pen pics listed “Marching behind the Kiltubrid Pipe Band” on the occasion of his first County SFC Final appearance!

Enjoy the celebrations around Kiltubrid, they are richly deserved. 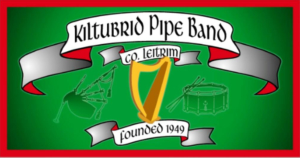