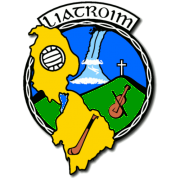 Leitrim GAA might be small in numbers but we are big on ambition.

The Leitrim GAA Centre of Excellence is a state of the art facility for training all county football, hurling and handball teams, male & female. The Centre is located in Annaduff  on the N4, the Dublin side of Carrick on Shannon. The funding to provide the centre has been generated by the BRICK IN THE LEITRIMWALL CAMPAIGN where Leitrim people can record a personalised message on one of the bricks in the wall. The wall can be visited by the general public and is proving a very popular place to visit.

The campaign to date has been a huge success generating income of over  € 400,000. The Leitrimwall  was featured on the SIX ONE NEWS ON RTE on two occasions.  Leitrim Co Board were the first Co Board to undertake this unique fund raising scheme. The McGovern Aughavas Centre of Excellence was officially opened by the President of the GAA in September 2019. The scheme is now the benchmark for other fund raising schemes and is been followed by a number of  County Boards & clubs.

Such has been the success of the scheme there are a few remaining bricks ( € 250 & € 500)  for sale.  So why don’t you put you name or your family name on  Leitrim soil by buying your brick today or give a gift voucher of a brick to a family you know.

All funds raised will be invested in the upkeep and improvement of the Centre.