CCC Liatroma has finalised the 2021 Masonite League Programme of Matches for clubs which will run from June 19 right through the month of July.  All of the 92 matches across the Leagues Divisions 1-3 and the Reserve Leagues 1-3  have been tightly scheduled across the limited timeframe for this activity to occur, in advance of the Club Championship action commencing in August. Each team is guaranteed four regular matches and it is also planned that the finals between the top two teams in each division will have taken place by the end of July. Saturday evening games will take place at 7pm, and Sunday’s action will generally take place at 1pm. Certain games have a later time on Sundays due to the fact that there are third teams of a number of clubs involved in the Reserve Leagues. It should be borne in mind that matches organised by Leitrim LGFA will have a starting time of 11am on each of the Sunday mornings and space in the calendar has been provided for this with no earlier than a 1pm throw-in time for Leitrim GAA activity.

We thank CCC Liatroma for its efforts in pulling all this together and wish all the clubs the very best of luck with the return to competitive action after over nine months of inactivity. All of the fixtures can be viewed here 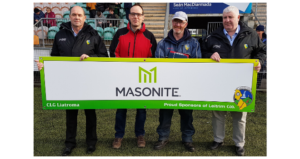