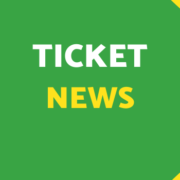 2022 Connacht Gold Senior Football Championship Ticket Information
As we have reached the knock-out stages of the Connacht Gold Senior Football Championship, including the relegation series, it is important to note that admission for the remaining games will be by ticket only, in line with what was in operation for the concluding stages of last year’s competitions and which operated seamlessly in 2021.  The same procedure will apply at the knockout stages of the Smith Monumentals and Corrib Oil JFCA knockout matches.
Tickets for General Admission will be priced at €10 each for next weekend’s SFC games (Quarter Finals and Relegation Semi finals) with no concessions for Students/OAPs.   Under 16s will be admitted FOC.

It is imperative to note that there will be no tickets on sale at the Matchday Venue and admission will be by pre-purchased ticket only.

The quarter final Connacht Gold SFC Quarter Finals will be streamed live by Leitrim GAA following on the success of the past two years.

Information on this venture and more details of access and purchase are located at   https://www.leitrimgaa.ie/2022/09/livestream-season-pass-now-available/