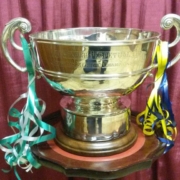 Following this evening’s results in the Connacht Gold Leitrim Senior Football Championship, the quarter-final pairings have been decided and these matches will be played on Sunday next, September 15th, at venues and times to be confirmed by CCC Liatroma at a later stage. The Relegation Series pairings have also been decided and these ties are scheduled to take place later in the month.