News
You are here: Home1 / News2 / General3 / Leitrim jerseys everywhere, on Broadway, in the Bronx, in Queens…... 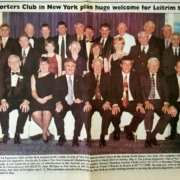 Every five years it’s Leitrim’s turn to travel to New York and play the first game in the Connacht Championship.

Every year is different but also very special. Thousands of Supporters travel from Leitrim for the match and do the 5 day trip.

Leitrim jerseys everywhere, on Broadway, in the Bronx, in Queens, on Ellis Island, in Macy’s store, in Woodbury Common, on the New York Subway, in the yellow cabs, and on tour buses.

Manhattan Hotels choc a block with Leitrim visitors, and Rosie O Grady’s, the Playwright, JP Clarkes, Rory Dolan’s and all the pubs with any Leitrim connection bursting at the seams.

What makes the visit to NEW YORK so special every five years is the welcome given to the team and its supporters by the Leitrim Society of New York.

Leitrim people who left Leitrim warmly welcoming the family, neighbours and friends from their home place.   The Society liaise with the Leitrim County Board and organise functions and get togethers for the team and the supporters during the five day trip.  Leitrim Co Board really appreciate all the work the Society do for them on every visit.   It is given with a heart and a half and make the county boards job so much easier.

The Society and the Leitrim Supporters in New York will again help the Co Board tomorrow when they will complete a fund-raising day as part of the Leitrim 50 MiIe Challenge.

County Leitrim is so lucky to have such great people always willing to lend a helping hand. 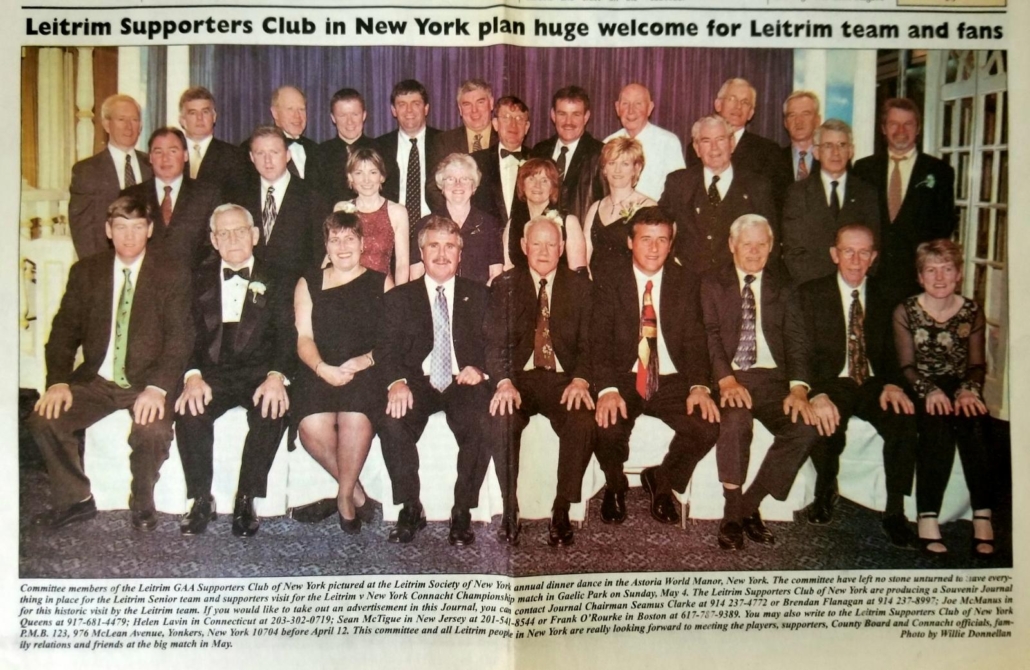